Kronikgune is participating in TITTAN as skateholder, a European project to foster innovation in the Health Sector

The objective is to establish a network for exchanging experiences with 7 European regions.

The plan has a budget of nearly 1,7 million euro of European funds. The scope of the project includes two different phases: the first one to design an action plan and the second one to implement this action plan.

Kronikgune participates in TITTAN project as skateholder (Translation, Innovation & Technology Transfer in Ageing Network), which aims to establish a network of knowledge exchange with 7 European regions with the aim of fostering innovation and technology transfer in the field of health. The project is funded by the program Interreg Europe, and it was selected in a very competitive call, in which 2.158 European organizations participated through the proposal of 261 projects.

The project is meant to share good practices between the partners to promote three different action lines:  Innovation from the companies to the health services (outside-in), with practices such as Public Procurement of Innovation; transfer of technology from the health services to the patients  and involve citizens in the management of ageing and health by promoting healthy lifestyles, processes and innovative technologies. 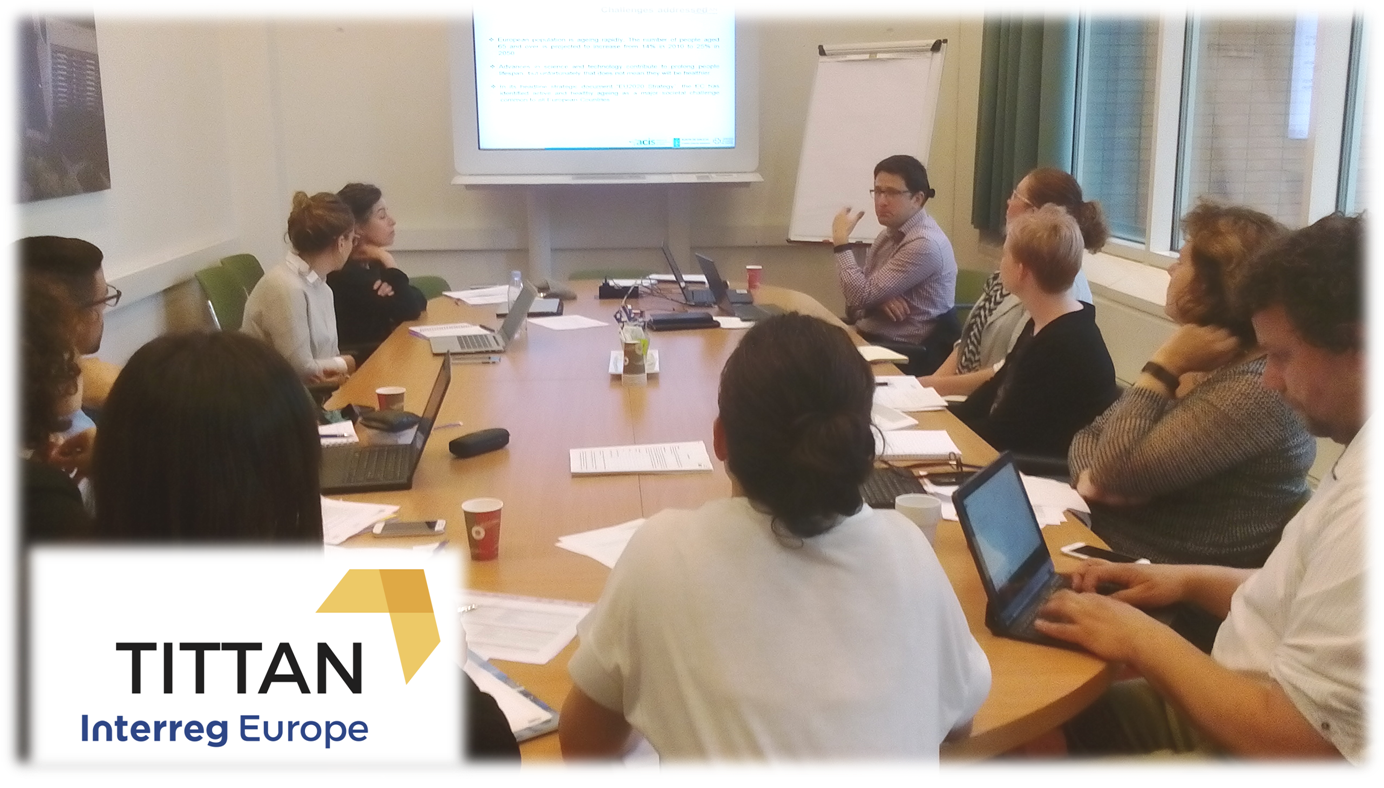 The plan, which has a total budget of nearly 1,7 million euro of European Funds, is divided in two phases. The first phase is focused on the exchange of good practices between the members of the partnership and the design of an action plan per each partner, with an extension of 30 months; the second phase is focused on the implementation of the action plans formerly designed by the partners, with an extension of 24 months.

The kick-off meeting of the project took place the 30th of May in the City Council of Amsterdam with the objective to launch, coordinate and plan the project activities. During the next month of September they will meet again in Santiago de Compostela, on the occasion of the first of five workshops, which will be organized during the total duration of the project.  This workshop will be organized around the good practices which are currently being implemented by each region around the first thematic area: adoption and development of innovative practices from outside to inside of the health systems.

Under the coordination of ACIS (Health Knowledge Agency from Galicia in Spain), another 6 European reference organizations are involved: Basque Biomedical Research Foundation (BIOEF from Basque Country in Spain); Biomedical Research Regional Foundation (FRRB from Lombardy in Italy);  Healthy Saxony, (HS from Saxony in Germany);  Digital Health & Care Institute (DHI from Scotland in United Kingdom); Lower Silesian Voivodeship Marshal Office (LSVMO from Lower Silesia in Poland) and the Technology Office of the city of Amsterdam (CAM from Amsterdam in the Netherlands).