The pilot phase of the Mastermind project has been launched.

Training of the professionals who will participate in Mastermind is the launchpad for this intervention, which will roll-out an on-line cognitive behavioural therapy (CBT) for patients with mild or moderate depression. 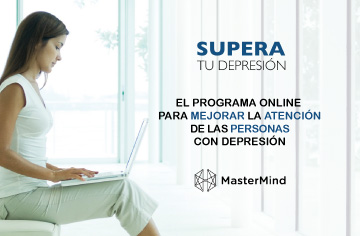 During October and November 2015, professionals from the organisations participating in Mastermind, namely HUA and Araba Region, OSI Ezkerraldea Enkarterri Cruces, OSI Barrualde Galdakao, OSI Uribe, OSI Donostialdea, the Bizkaia Mental Health Network, Gipuzkoa Mental Health Network, Araba Mental Health Network and the Healthcare Advice Service, will be trained in a new treatment modality for depression patients based on the on-line therapy “Beat your depression”. They will also be informed about the protocol and the action protocol defined at these sessions.

“Beat your depression” forms part of the European Mastermind project funded by the European Commission. The project consortium comprises 23 bodies from different European countries, and a total of 5200 patients are expected to be enrolled amongst all partners.

The contents of the therapy that will be rolled-out in the Basque Country are the result of a partnership between Osakidetza and Kronikgune, along with other Spanish health agencies involved in the project, such as the Servicio Aragonés de la Salud, Badalona Serveis Assistencials and Conselleria de Sanidade de Galicia. The contents of the on-line therapy have been developed and prepared as the result of a collaboration between a group of mental-health experts from these four regions.

The on-line therapy has been designed to provide persons with mild or moderate depression with a tool that allows them to learn new strategies to cope with their condition. The aim is to modify the behaviour, thinking and, consequently, mood of these patients. This on-line CBT can be self-administered by the patient, who can do so anywhere, and at any time, while still being supervised by specialists or primary care professionals.

The participating primary care professionals from Osakidetza are expected to identify and enrol 300 patients with mild or moderate depression, who will complete the on-line therapy comprising eight general modules and an auxiliary module on healthy lifestyles in a maximum period of 12 weeks.