Osakidetza collected the finalist diploma in the Quality Innovation of the Year 2015 Award, for the Carewell project.

Dr. Marisa Merino, Managing Director of OSI Tolosaldea and chief researcher of the Carewell project in the Basque Country, received the international finalist award for the “Potential Innovation” category. 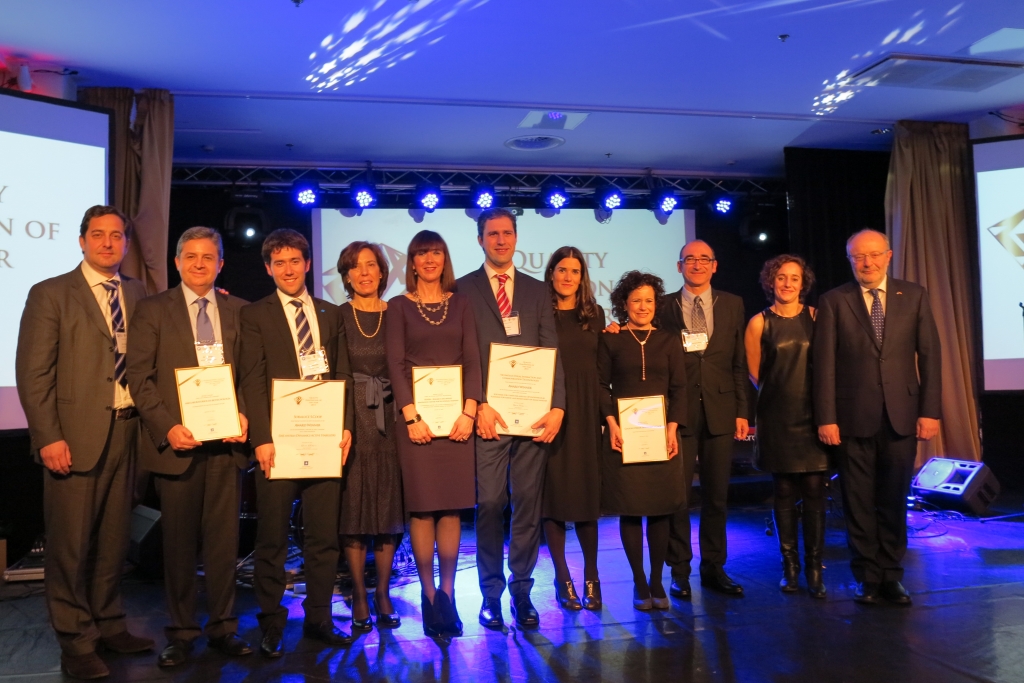 On 27th January 2016, the IX innovation awards ceremony of Quality Innovation of the Year 2015 took place in Tallin (Estonia) where the European Carewell project developed in Osakidetza along with 5 other Basque organisations were eligible for the International Innovation Award of the Year awards in six different categories. This year, 14 of the 218 innovations presented received recognition and among them Carewell was the finalist in the Potential Innovation 2015 category.

Dr. Marisa Merino, represented Osakidetza and the European Carewell project which was awarded with the diploma signed by the President of the Republic of Finland, Mr Sauli Niinistö, and handed over by the Spanish Ambassador in Tallin.

The “Quality Innovation of the Year” awards were established in 2007 and aim at promoting the creation and development of innovative products, technology or organisational processes at European level. This intends to boost competitiveness in participating organisations and countries such as Finland, Sweden, Lithuania, Latvia, Estonia, Hungry, Israel, Czech Republic, Kazakhstan and the Basque Country through EUSKALIT.

Within the Carewell programme co-ordinated by Kronikgune throughout Europe, a new integrated care model aimed at complex chronic and multiple comorbidity patients has been defined, implemented and validated. The purpose of this study was to improve the quality of life for these patients and their carers through the implementation of new care pathways thus achieving improved co-ordination and communication with the staff involved. Moreover, during this study new methods to empower and monitor patients have become important. To do so, appointments based on traditional methods as well as Information and Communication Technologies (ICTs) were used.

The development and implementation of this Project in Osakidetza has earned the award won by the organisation.

Congratulations to all the team involved in the Carewell project!