The seventh and final general meeting of the ACT@Scale project was held on 23 January at the European office for the Southern Denmark region in Brussels. 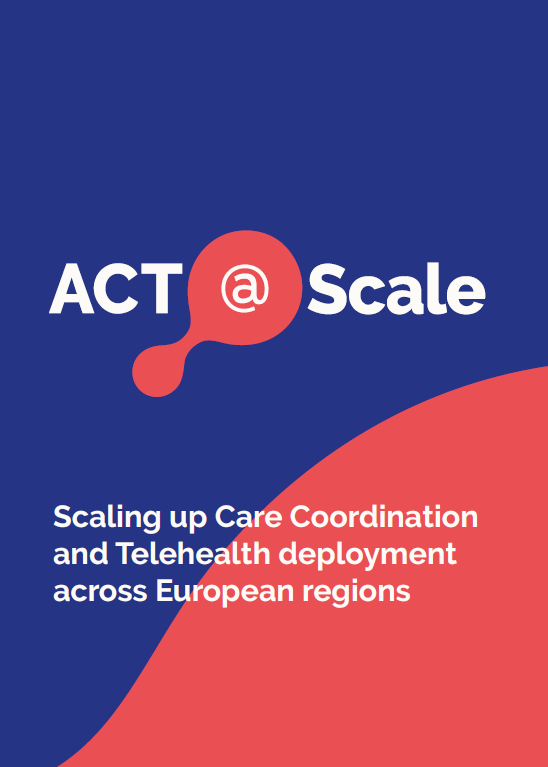 The aim of ACT@Scale is to develop, consolidate and scale-up Good Practices in integrated care and telemonitoring, and to transfer learning between European regions through a collaborative methodology. The Good Practices are aimed at patients suffering from chronic diseases or mental illnesses, and elderly or frail people. Health services from six European regions are taking part in the project: Catalonia, Southern Denmark, North Netherlands, Scotland, Germany and the Basque Country.

It has a consortium of 13 European partners, including Osakidetza and Kronikgune.

On the last general meeting for the project, which will end in March 2019, the outcomes, conclusions and a series of recommendations were presented.

During the three years of the project, the Basque Country has worked on enhancing two corporate programmes implemented by Osakidetza: the integrated care pathway for multimorbid patients and the telemonitoring service for patients with heart failure. A collaborative methodology based on continuous improvement cycles (PDSA-Plan, Do, Study, Act) has been used to do so. Multidisciplinary teams made up of managers and health professionals from all the Integrated Healthcare Organisations (IHOs), Gorliz Hospital, Santa Marina Hospital and Osakidetza Health Council and Central Services have been involved in this work for months. As a result, both programmes are expected to be extended to all Osakidetza organisations.

The next project meeting will be the Final Workshop which will be take place at the 19th International Conference on Integrated Care (ICIC) to be held from 1-3 April 2019 in Donostia – San Sebastian.

For further information about the project, visit the official website: https://www.act-at-scale.eu/